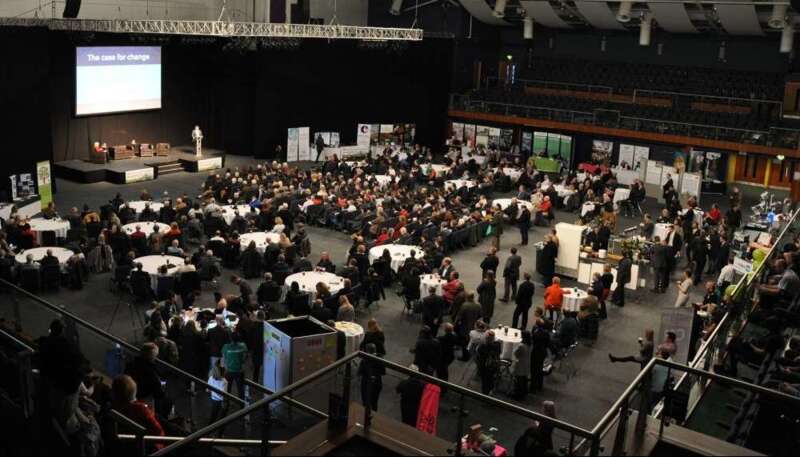 Across the country, local authorities are declaring climate emergencies. And having declared an emergency, local people may well ask ‘what now?’ Extinction Rebellion are calling for government to establish a UK citizens’ assembly on the climate crisis, but it is local government who are taking the initiative with some councils starting to explore how to set up their own.

Whilst lots of councils have resident panels they use to consult about various issues, citizens assemblies remain unknown territory to most. And yet they present a huge opportunity for radically changing the way we involve people in decision-making, beyond traditional consultations and engagement processes.

In Ireland, citizens’ assemblies have been used on issues including the referendum on abortion, and in the UK on issues including adult social care funding. But could they also become a vehicle for a new kind of deliberative democracy in our towns, cities and counties? If your council is keen to engage local people in the climate change debate – or another complex issue – through a citizens’ assembly, here are some things to think about.

A citizens’ assembly should:

From the deliberative engagement processes that we have designed and run, we have seen again and again the capacity of complete strangers to come together, engage with a range of information, discuss their views and make collective decisions as a result. We have also seen how the format of the sessions themselves can empower and energise people so that they leave not only knowing more about a complex topic but feeling excited to have been so deeply involved in a discursive process.

As such, this new generation of C.A.s set up around climate change could give our public bodies an important testing ground for exploring how more inclusive, active, deliberative democracy can work across a range of issues. They may also give their participants an appetite for being more involved and more vocal around issues in their communities.

Is a citizens’ assembly enough?

C.A.s can become the centrepiece of citizen engagement on important topics, and it is important to invest real time and resource in running them properly so that their conclusions are credible. That said, they don’t need to exist in isolation. There will be local people who want to get involved but who – because of the random selection process – won’t be part of the assembly. Those people need to understand the rationale for the C.A. and the way it is recruited, but they could also be given space to contribute through some open invitation public workshops, or an online forum, for instance. Alongside our Climate Assembly in Brent, an online forum has enabled hundreds of groups and individuals to submit their own responses, which – crucially – have been able to feed into the deliberations of the Assembly.

There might also be specific groups of people who are relatively small in number as a proportion of the population whose voices you want to amplify through other processes. This could involve running some additional engagement events with these groups, through existing networks and organisations. Again, if these are timed correctly, the headline messages from these discussions can be fed into the material that an assembly considers.

How we can help

Traverse works across public services, locally and nationally, to help organisations involve their citizens and service users in how decisions are made. Running panels and forums, open events and workshops with seldom heard groups, we’re experienced in bringing a diverse range of voices into the debate. We are also learning a lot from our current work designing and facilitating the Climate Assembly in Brent.

We’re used to working on complex topics where the key challenge is making the issues accessible; on highly sensitive topics where there are high levels of scrutiny and stakeholders with strong views; and on projects where advisory groups work closely with us to co-design the approach.

Our experience means that we understand the challenges and potential pitfalls – from recruitment to venue layout to agenda-setting – and we also know the importance of designing materials that bring topics to life.

So, if you’d like some help thinking about a new citizens assembly in your area, or in discussing other options for engaging people on important issues, get in touch.

This article was amended on 26th November 2019 to include reference to our work supporting the Brent Climate Assembly, September – December 2019.

Clean air and clean air zones are a big priority for all of us. See what we can offer during the implementation of these.

We have been appointed by the University of Gloucestershire to deliver the Big Conversation - a six-month programme of engagement activities to involve local people and organisations in developing the county’s vision for 2050.