Co-creating a vision for a place: the power of good questions

Head of Public Sector and Head of Organisational Development 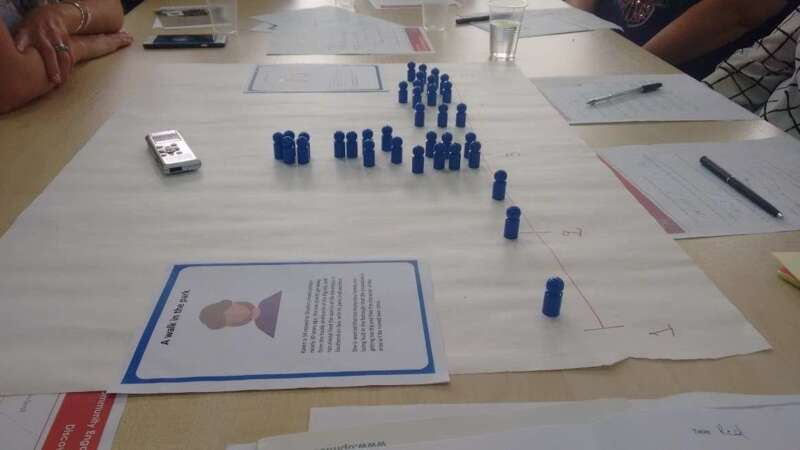 Asking residents to give their views on the future of where they live is nothing new – but asking the most useful and illuminating questions isn’t easy.

In Southend on Sea, we have been working with the council to help them co-create a vision for Southend 2050. Whilst this seems a long way off, the work is an acknowledgement that strategic decisions about ‘the place we want to be’ need a long lead in time. The work also starts from the belief that this is a conversation everyone should be part of, and that everyone can contribute to. With that in mind, this engagement work needed to give everyone an easy route into thinking about the future – an approach which invited people to think beyond the here and now, but which didn’t confront them with an abstract, distant reality either. By the end of Summer 2018, 55 events had been hosted with (2,300 people engaged face to face) hundreds of participants and around 2,500 people responded through surveys and online forums, including the residents’ perception survey which included some 2050-specific questions.

At the heart of the engagement process was a simple set of questions that could be deployed across different platforms, from the survey to in-depth deliberative workshops, and with everyone from school children to older people to local businesses. We knew from initial conversations either that people couldn’t picture how their lives would be so far in the future, or they became preoccupied with predicting how different the world will be. We rolled people back from thinking about 2050 specifically, therefore, and talked in more general terms about ‘the future’ and allowed people to focus on a timeframe that suited them. After much discussion and testing, the council used four core questions as the basis of their conversations with colleagues, partners, residents and visitors:

People’s responses to these questions generated some fascinating insights into how people think about where they live. Some themes came out again and again, such as the importance of the seafront and coastline (open space, peace and quiet, fun and recreation), as well as open spaces more generally. The quality and safety of the high street and the presence of places to meet and socialise also came up a lot in different guises, as did the value of good neighbours and of being close to friends and family. All these characteristics have the potential to underpin thinking about urban planning, the local economy, addressing social isolation and many more issues besides.

So where are public services in all this? The way we posed the questions reminds us that they are often the vehicle but not the destination. Had we asked directly about the importance of particular services, people would surely have told us that they are very important and that they want them to be the best they can be – but we can pretty much take that for granted. Through the questions that were asked in Southend, we instead get to understand what is top of people’s minds when asked what really defines the place they live, what makes it worth living in and what it gives them that other places might not. As a result, we’re encouraged to reflect not about services in isolation, but about the way the council can support and enable certain circumstances.  For the council, coming at the discussion from this angle is helping support a step-change from a more traditional, service-centric focus to one which is about collaborating and being outcomes-led – or, to strip out the jargon, starting with people instead of starting with the system.

As councillors and officers use the engagement findings to help shape a vision which translates into real actions, they will need to take communities with them – and that will mean moving from gathering views to building momentum and enabling participation. This, in turn, will demand more careful thought about how to ask the best questions.

How can we create better places for people? And how can we create a vision for a place that inspires real work and real impact, rather than generating just another wish list? Through our consultation, engagement and systems change work, we are...

NLWA proposed building an Energy Recovery Facility to replace the existing plant at Edmonton EcoPark by 2025. As part of the DCO pre-application stage for the project they conducted a public consultation - we worked with NLWA to provide robust and...