The cost of not listening series: Doubling down on small charities: time to give differently 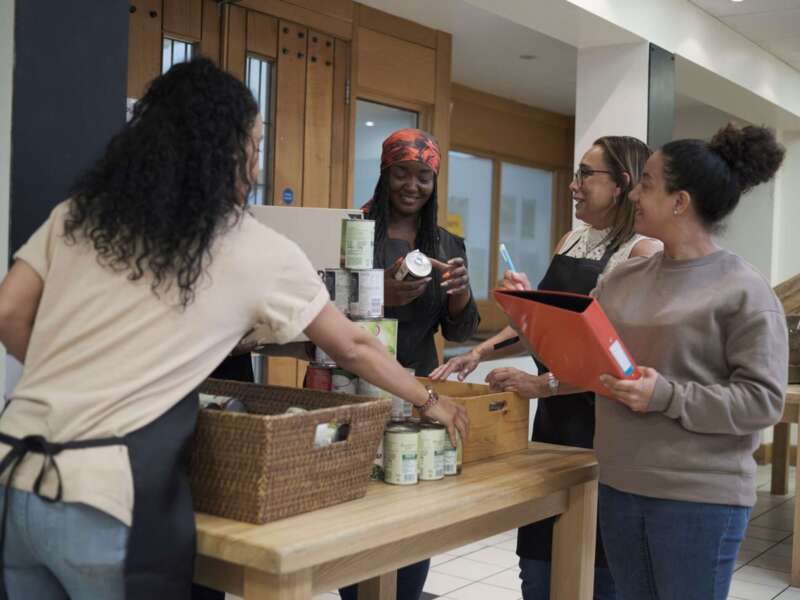 We have a vibrant, spirited, tenacious small charity sector in the UK.

It plays a vital role in communities across the UK, filling the gaps in our social system where the state and private sector choose not to operate.

The pandemic shone a spotlight on the best of this sector – the passion, dedication and drive of staff and volunteers, the strength and depth of its roots in communities, and how quickly it can adapt to survive.

Smaller charities in particular played a vital role in providing emergency support to communities experiencing disadvantage, as well as responding to the hyperlocal, long-term implications of the crisis.

Many smaller charities grew rapidly to respond to the needs of the people they supported during the pandemic. Not only did smaller charities ‘show-up’ but they also ‘stuck around’, providing ongoing support where public services and informal support and mutual aid groups dissipated.

Now, a new challenge faces the sector – consolidating and sustaining that growth in the face of a perfect funding storm, a lack of reserves, and a backdrop of concerns about the long-term impact of the emotional strain on leaders, staff and volunteers.

This isn’t a challenge for smaller charities to solve alone – only so many costs can be saved, efficiencies created or strategies changed. Nor is it one that can be solved in the long-term through government and funders just giving more – a dangerous precedent.

This is an opportunity for trusts and foundations, public health services and social investors to be bold, listen to what charities need and give and support them differently.

The pandemic shone a spotlight on the best of this sector – the passion, dedication and drive of staff and volunteers, the strength and depth of its roots in communities, and how quickly it can adapt to survive.

Smaller charities are entering a period where they have little choice other than to do more with less. The triple threat that these charities face is stark.

This perfect storm of increased financial and operational pressures, set against dwindling resources, will almost inevitably increase competition for funds between smaller and larger charities alike.

All at a time where small charities have less of a single, shared voice that extols their value since the closure of the Small Charities Coalition earlier this year.

So what will this mean for the communities they support? It could mean closures – from singular blows to local communities, to a broader collapse that would be disastrous for minority communities and others experiencing disadvantage, not least increasing inequality of access to services.

More likely is a more general reduction in services at a time when these organisations are needed most, sacrificing the gains in capacity and expertise that smaller charities made during the pandemic.

During the 2010 downturn, small charities were significantly less likely to report a reduction in income compared to other charities, suggesting they might be well placed to negotiate some of the challenges we are seeing now, even though big challenges remain.

What can we do?

At this point there are calls for the government to provide comprehensive support to help charities survive in the short-term. However, the crisis also represents a pivotal moment for other funders to double down on small charities in changing how they support charities in the long-term.

The emphasis shouldn’t just be about how charities can save more or how funders should give more, but about how funders need to give differently – in ways that many smaller charities have asked for years.

In recent years several leading funders have continued to innovate in the way they fund the smaller organisations they support – Lloyds Bank Foundation, Co-op Foundation and City Bridge Trust to name a few. More is needed. We need to pour energy into supporting the wider funding landscape to reimagine its support of smaller organisations that maximises their strengths and assets.

The pandemic forced many funders to adopt more flexible funding mechanisms that enabled small charities to do what they do best – continuing these principles would have real benefits for the year ahead. We need:

​​​​​Public health services - recognise and financially reward VCSE organisations for the roles they play alongside public services, especially the health and care sector

There is an increasing drive from within the health and care system to work in partnership with place-based charities through models such as social prescribing and integrated care. We need:

Social impact investing in the UK has grown six-fold over the past eight years. In Traverse’s recent survey of charity leaders, over two thirds of charities anticipated that they will need to access external financing in the next five years, yet many charities are still hesitant to engage with it despite the diversification benefits it can offer. We need:

The cost of not listening series: Can we turn up the heat on decarbonisation in the cost of living crisis?

In this next article on the cost of living crisis, Amélie Treppass, Head of Environment and Future Energy, says we need a new national public dialogue on home energy emissions reduction...

In the second of in our series about the impact of the cost of living crisis, Rob Francis, Head of Local and National Government, considers the principles that need to inform the local government response for the people and communities they serve.

The cost of not listening series: Will the cost of living crisis drive resilience in transport infrastructure?

In the first in a series of articles exploring the impact of the cost of living crisis, Head of Infrastructure Dan Barrett, asks how engagement can help generate longer-term change, and create infrastructure that supports resilience.