The cost of not listening series: Water poverty - the forgotten utility in the cost of living crisis 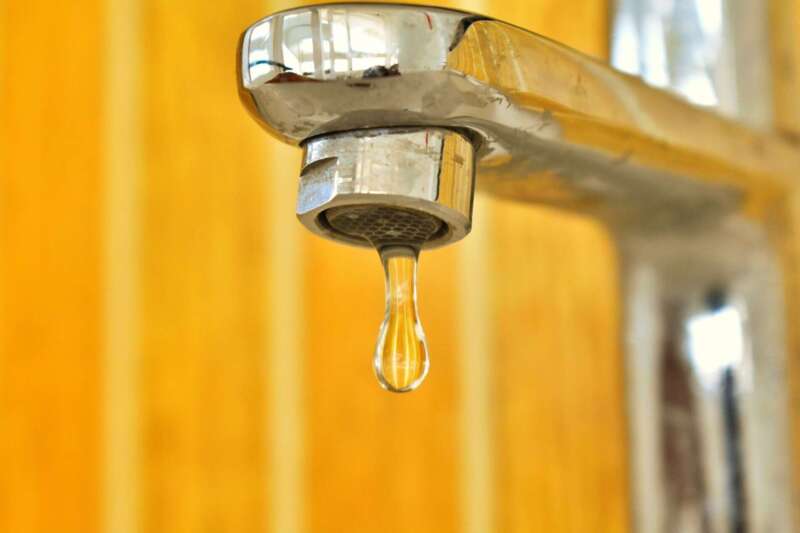 Much has been said and written about energy prices in recent months.

Energy prices have skyrocketed, fuel poverty is rising with it, inflation is at record levels and there is little relief in sight. Wages are stagnating. This is putting a huge squeeze on everyone, particularly people on lower incomes.

Alongside this, it is hard to ignore the many articles written and opinions expressed on the performance of water companies. Whether it is around the issue of discharging sewage into rivers and sea, or around of climate change driven droughts, the combination of the two has put water companies under the microscope.

It is in this context that water companies are currently engaging with their customers and stakeholders on the development of new business plans covering the period 2025 – 2030.

An aspect often overlooked by media and the wider world outside utilities, is water poverty. This is understandable in the sense that the average water bill is low compared to the average energy bill. But people who are in fuel poverty do not usually only struggle to pay their energy bills, they are likely to struggle with or default on other bills too.

As water companies launch their PR24 engagement and research programmes feeding into business plans for 2025 to 2030, the impact of the cost of living crisis on consumers must form part of the equation.

Where ‘bills rising by inflation’ used to be an inconvenience for many, though already a serious problem for some, this will now become a problem for many. As inflation hit 10.1% in July, and worse to come, serious consideration must be given to water poverty - customers’ ability to pay their water bills, not the availability of clean water.

Water UK commissioned economic consultants CEPA to analyse the level of water poverty in 2019/20 across England and Wales. It tested thresholds of 3% and 5% of households’ disposable income as cut-off points for being in water poverty.

As water companies launch their PR24 engagement and research programmes feeding into business plans for 2025 to 2030, the impact of the cost of living crisis on consumers must form part of the equation.

Research by Ofwat, carried out earlier this year, showed that 17% of customer struggled to pay water bills, and half struggled to pay one or more household bills fairly frequently over the past year.

Water poverty has not always been seen in the same light as fuel poverty. The key difference is that people can’t be disconnected from water due to non-payment, but energy suppliers are allowed to cut off your gas or electricity supply when all other avenues have been exhausted.

Not paying your water bill, however, may lead to a multitude of other problems, including having your debt passed on to debt collectors and water bills rising for other customers. So, while water companies are not by law allowed to cut off your water supply, not being able to pay your water/sewerage bills is by no means without severe consequences.

There are often rumours about people purposefully not paying their water bills because ‘they can’t be cut off anyway’. Likely, the vast majority of those in water poverty do not want to end up in this situation. No one wants to be in debt, and very few people, if any at all, make that decision consciously.

There is another way in which water poverty impacts the industry and its customers in a similar way to fuel poverty. When customers do not pay their bills or when they come to an agreement to pay a lower amount it has a knock-on effect on other consumers’ bills.

In the research carried out by CEPA on water poverty, it was estimated that non or partial payment of water bills led to an average increment of £11 on other consumers’ bills (£39 based on the 3% cut-off).

These may not sound like large amounts but, with inflation rampant, any increase in bills will hit the poorest hardest. Help is on its way for people to pay their energy bills and water companies are stepping up to the challenge as well. Seven Trent Water, for instance, pledged to support an extra 100,000 customers who are on low incomes and struggling to pay their water bills.

Affordability is always a key issue in business plan development for utilities across the board. We recently worked with DNOs just as energy prices started to increase and many suppliers went bankrupt. As it turns out, that was just the top of the iceberg. Energy prices are continued to increase, and many millions in the UK are struggling as a result.

For PR24 it is likely that affordability will play a key role in many ways. Customers will look at bill increases and judge them against their own ability to pay. Even if bills ‘only’ increase by inflation, customer are looking at a 10% increase. They will also look at any other spending by their water company and question whether that is necessary and, if so, whether it provides the best value for money.

Regulatory cycles such as PR24 have had many challenges over the past years, from Brexit to the Covid-19 pandemic and now the cost of living crisis. Utility companies, and consultancies like Traverse alike, have continuously adapted to an ever-changing world. In the way they act, in the way they do their work and in the way they set priorities.

And speaking of priorities, we haven’t even mentioned net zero yet. Net zero will play a huge role in the water sector. From getting people to use less water – just as many more people than before are working from home and water usage has increased – to bringing down emission from their operations.

As ever, it is likely that the impact is felt most keenly by water customers on the lowest incomes. This makes it all the more important to acknowledge this and make sure real support is available for them.

Net zero will play a huge role in the water sector. From getting people to use less water – just as many more people than before are working from home and water usage has increased – to bringing down emission from their operations.

What can we do?

Water companies need to engage meaningfully with the whole customer base and listen to what their consumers have to say about their plans and proposed investments. I have used this phrase a few times in recent years, but it remains as true now as it was then.

The world is changing fast, many people are struggling, and all customers need to have their voices heard when plans are drawn up for 2025-2030 and beyond. Where there is a difference in the way customers are engaged, it is that water companies increasingly engage customers as citizens.

In practice, customers are asked not just to think as a customer of a specific company, but as a citizen. This means thinking about the wider societal impact of business plans and strategies. It means working with customers, not just for.

It means allowing customers to participate in decision making, not just provide input. It is a more holistic approach that encourages customers to think about the subject matter in a broader context and to take ownership of what really matters to them.

The water sector has long been seen as a progressive force in engaging customers. As we go into the 8th price review process, the risk is that water companies lose the drive to innovate in the way they engage their customer base and develop their plans.

From what we have seen in the PR24 work, it feels like water companies are fully aware of the new challenges that have developed alongside their preparations and first stages of the PR24 engagement programme.

But it is also the responsibility of research and engagement providers like Traverse to push clients to do better all the time, to be more inclusive in their approach and to be more aware of the new world around them.

A key element of making sure as many customers have their voices heard as possible is to learn the lessons from the engagement during the pandemic and not revert to ‘normal as it was’.

When we moved all our face-to-face engagement online (or phone) we managed to recruit participants that hadn’t previously felt comfortable, or able, to attend face-to-face sessions. At the same time, it excluded others by the fact that participants required access to internet.

As we move forward and seek to maximise the impact of our work and include as wide a range of customers as possible, we need to look for mixed method approaches that capture everything we have learned over the past years.

The cost of not listening series: Doubling down on small charities: time to give differently

With the cost of living crisis hitting small charity incomes, emphasis mustn't just be on how charities can save more or funders give more, but on how funders need to give differently, argues Tim Bidey, Head of Voluntary, Community and Social...

The cost of not listening series: Can we turn up the heat on decarbonisation in the cost of living crisis?

In this next article on the cost of living crisis, Amélie Treppass, Head of Environment and Future Energy, says we need a new national public dialogue on home energy emissions reduction...

In the second of in our series about the impact of the cost of living crisis, Rob Francis, Head of Local and National Government, considers the principles that need to inform the local government response for the people and communities they serve.

The cost of not listening series: Will the cost of living crisis drive resilience in transport infrastructure?

In the first in a series of articles exploring the impact of the cost of living crisis, Head of Infrastructure Dan Barrett, asks how engagement can help generate longer-term change, and create infrastructure that supports resilience.