Neighbourhoods – learning from the past 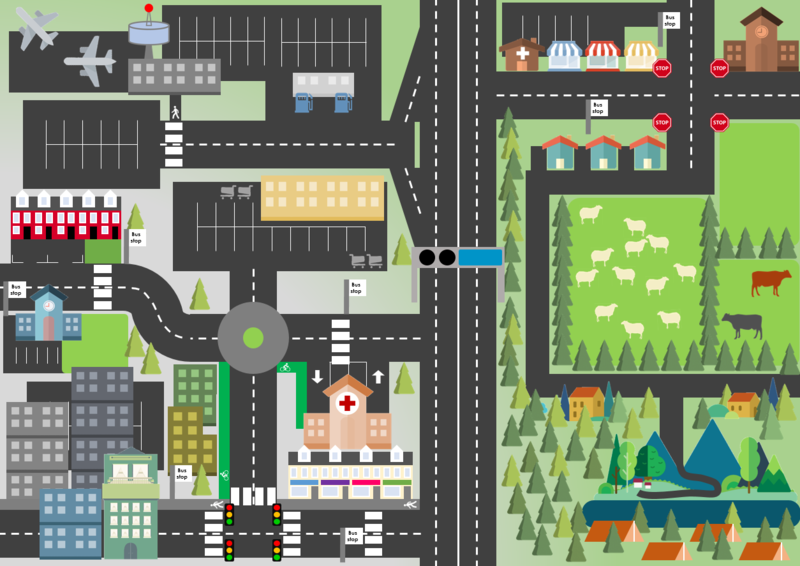 In the late 1970s I began my working life as a community worker in Deptford Housing Aid Centre. I found myself part of a little network of community organisations: the Albany Empire, the Law Centre, Voluntary Action Lewisham, the Telegraph Hill Neighbourhood Council. All were staffed by young(ish) people turned off by the stuffy worlds of the civil service and local government, all idealistically committed to working ‘for the people’ in a loose kind of way, trying to get officials and politicians to listen more and dictate less. The work was practical and down to earth: stopping unscrupulous landlords from illegally evicting tenants; helping women escape from violent husbands; ensuring homeless families have a roof over their head; helping people on a local estate set up a tenants’ association; campaigning for repairs. Back then, the most important issue for local communities was always housing.

Much of what passed as radical in those days has now become accepted as common-sense, but the distance between government and the people seems as great as ever. While the rhetoric is easily adopted, organisational memories are short. Now we seem to be reinventing neighbourhood and community action. What can we draw from the experience of the 1970s that might be helpful in planning neighbourhood based initiatives today?

One of the main differences between then and now was the passion with which neighbourhood and community workers in the 1970s examined the motives and unintended consequences behind local and national government interventions. What were we ‘for’, we kept asking ourselves; “who’s side are we really on?” Were community workers supposed to keep local communities quiet, to support self-help or to build the confidence and skills needed for successful protest?

In the 1970s and 1980s old certainties and allegiances were breaking down, as was the passive acceptance that the council knew best. In neighbouring Southwark, as the docks closed, the North Southwark Development Group built a successful campaign around local people’s determination to be consulted in the development process. Tenants associations were spreading, locally and nationally and single issue campaigns began to emerge. As London’s communities became more diverse, politics began to encompass new movements: feminism, anti-racism and the gay movement. The personal became the political. Communities were being torn apart, and the tensions and contradictions emerged in a troubled politics. There was no longer one community but many.

Community activists at neighbourhood level became involved in all of these issues, and no doubt were sometimes as bad as traditional politicians in trying to impose both analysis and solutions – working class Londoners were often bemused by the antics of college educated ‘activists’. Despite the fashionable Marxist political theories that were used by both academics and activists to describe community politics – it was very hard to see these complicated struggles simply as either between ‘communities and bureaucrats’ or between ‘workers and the state’. Communities were far from united. Many of the campaigns waged by traditional working class communities were against those seen as outsiders: gypsies, squatters, immigrants or single parents.

We learnt not to be romantic about community politics and neighbourhood representation. “The people” can be intolerant, narrow-minded and prejudiced, especially when they are feeling vulnerable and defensive. Loud, aggressive self-appointed ‘representatives’ can destroy any real sense of community. Calmer, quieter, kinder people simply slink away.  In the 1970s, the predominantly white, male elderly councillors had no experience from which to understand or to tolerate the new politics of community action. Nevertheless, that experience has led me to a respect for the role of democratically elected local authorities in creating the right conditions for community engagement – creating spaces in which all voices can be heard and community tensions negotiated. Thus the ‘place-shaping’ role of councils is in part about recognising and balancing different legitimacies and designing good ways of engaging all the communities within a locality, creating conditions in which active citizenship is not burdensome.

Engagement also has to be seen over the long-term. Community energy tends to go in cycles, depending on the importance of what’s at stake and the energy of key individuals. Community empowerment takes decades, not years, and it is easy for public organisations to exhaust the energy of community activists in long, drawn-out consultations that come to nothing. We learnt to distrust the rush for short-term funding which distorted longer term community priorities into government initiatives that were invariably abandoned before they reached fruition. Governance models, which assumed that poor people had endless hours to spend in boring meetings and dealing with red tape, began to seem as exploitative as those that simply ignore them.

Even when community engagement is endlessly invoked, the terms of the debate are all too often set by politicians and officials. The relationship between the state and civil society is not simply about Westminster and Whitehall. It is created every day between the social worker and the parent, between the district nurse and the older person, between the police and the offender. In the 1970s I was very much influenced by the work of Donald Schon, who in” the Reflexive Practitioner” [1]drew attention to the power relationship between vulnerable service consumers and professionals, and the way that imposed professional solutions, however well-meaning, destroyed the sense of personal power and independence necessary to make solutions work.

The challenge for those of us working in local neighbourhoods was to transform the relationship between ourselves and local people into one of mutual respect, negotiating solutions which recognised the experience and knowledge of each service user so that professional knowledge could be used to support users, individually and collectively, to find their own way through. Drawing on the expertise of ‘both sides’ we could learn from each other and build shared solutions.  It was easier to begin in the voluntary sector where the tradition of experimentation was greater, but, slowly, practice began to change inside local government.  The idea of the reflexive practitioner offered a way forward when first the planner, then the social workers, and later even teachers and doctors, found their professional infallibility challenged. As the idea that service users might have something to contribute gained ground, we could experiment with consultation techniques which neither imposed professional or political solutions, nor simply set up opposition between ‘community’ and ‘bureaucrats’ because of some pre-conceived sense of struggle. We learnt, on both sides, to compromise, to negotiate, to listen.

What followed, of course, were the experiments in the 1980s from both the radical right and the radical left – all relatively barmy at first, but which laid the foundations for a different sort of engagement between local government and their communities – one based on dialogue, which accepted diversity and the complexity of very mixed communities, recognised the interlocking causes of multiple deprivation, negotiated with communities as co-producers of solutions to social problems and welcomed the voluntary and third sectors and the contribution of the private sector within managed markets.

We learnt, also, to be sceptical about the possibility of always finding a consensus, since interests are often in conflict. Divided communities may live alongside each other while disagreeing. Sometimes the best we can achieve may be equality of access, and parallel but tolerant lives. Inequalities of wealth and power are increasing. Market solutions have created a sense of choice and flexibility for the better off-sections of the working population, but they fail those with least purchasing power.  Some problems can’t be solved within neighbourhood boundaries; poor communities fight each other precisely because they have no power to change the terms of their own poverty.

Experiments with neighbourhoods in the seventies and eighties were never very successful on their own.  In those decades we looked to local government to ‘empower’ neighbourhoods – but at the same time local government lost more and more power to the centre. Increasing scope to shape local services is welcome, but without more power in the locality, adjustments will only ever be small. Re-creating lots of dull committees at neighbourhood level will achieve little. If local community needs are to be met, they need the support of local delivery agencies with the power to change things in response to what they hear.  Neighbourhoods need to be wired up to local, regional and national decision-makers with the ability to move resources between communities if they are to help to create greater social equality and cohesion.

The tensions that emerged in the late 1970s – between old authoritarian models of state decision making and a new more pluralist, libertarian community-based politics – are still being played out now.  Nearly fifty years on, local government services are more responsive to citizens, and politicians and officials recognise the importance of community voices.  Neighbourhood decision-making is firmly back on the agenda. But we are still a long way from the collaborative partnership between service users and providers that I once hoped for. While there are many more ‘reflexive practitioners’, there are still closed ears and closed doors. In the 21st Century there is a need for more radical change than governments, local or national, have yet conceded.

In 2016 Southend-on-Sea Borough Council commissioned Traverse to help them build a vision for Southend’s future, rooted in a programme of iterative and flexible community engagement.

We have been appointed by the University of Gloucestershire to deliver the Big Conversation - a six-month programme of engagement activities to involve local people and organisations in developing the county’s vision for 2050.