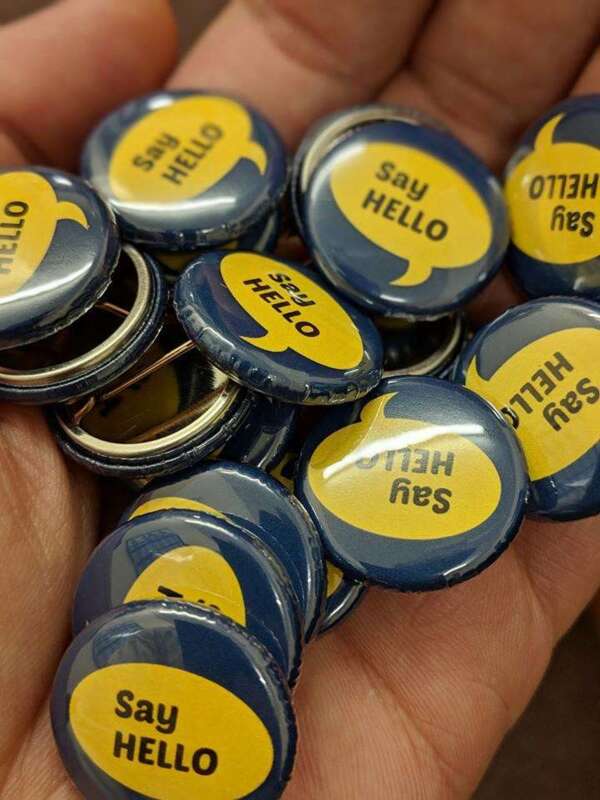 As part of our series exploring placemaking, Tim Bidey and Rob Francis have been speaking to Karen Atkinson to find out about a new campaign to foster more social interaction in Yorkshire’s coastal communities.

“A chap they interviewed went to a café every day in the hope that someone would have a chat, but no-one ever did. And yet he still kept trying.”

This insight into the life of an older man in Scarborough, interviewed as part of Traverse’s recent research for the Centre for Ageing Better, has led to the launch this month of the ‘Say Hello Coast’ campaign. A programme of social activities in communities along the Yorkshire Coast, the programme aims to bring people together to tackle loneliness and social isolation.

The premise of the campaign is that a simple act like saying hello can make a small but important difference to how people feel – and, over time, to how a whole community feels. It comes on the back of a piece of participatory research by the Centre for Ageing Better and Traverse which explored the informal contributions older people make in their communities, and the motivations and barriers that can inhibit those contributions. Scarborough was one of five research locations where Traverse worked with local peer researchers to conduct in depth interviews with local older people and run a series of co-production workshops with local organisations to explore the findings.

Karen Atkinson is Stronger Communities Delivery Manager for Scarborough and District. She wants the campaign to spread the message that there are places where people can be confident of a warm welcome – where someone will say hello and where there’s an invitation to make a connection and strike up a conversation. We asked her about the campaign and what she hopes it will achieve.

“The whole inspiration for this came from the research workshops... One of the interviewers fed back to the workshop participants that a chap they interviewed went to a café every day in the hope that someone would have a chat but no-one ever did. And yet he still kept trying. That case study made loneliness and isolation seem real to those at the workshop – and it also made it seem like something that could be tackled.”

As well as just being a good thing to do, partners have come together around the campaign because there’s a clear recognition that loneliness and isolation has impacts which ripple out across public services and across communities.

“It can lead to reduced mental health, reduced physical health, increased dependency on statutory services, so we all want to prevent that… We all felt that it was something worth us putting our combined efforts into trying to reduce.”

The research workshops in Scarborough produced a range of ideas on how to tackle social isolation and loneliness, but local organisations settled on ‘Say Hello Coast’ because of its simplicity, accessibility and immediacy. These partners – organisations including Yorkshire Coast Enterprise, Age UK Scarborough and Kingdom Faith – are also confident that it can act as a platform for change over time, potentially impacting on how entire communities think about themselves and keep people connected.

“This campaign seemed such an easy message to encourage people and groups to take out. It’s simple but could make such a huge difference. It could also be something that we build on year on year… We thought we could make a practical difference and it has to start somewhere.”

With that in mind, the organisers hope that the effect of the research and the resulting campaign will move beyond its initial focus on Castle Ward and Scarborough town centre. For Karen, this is an initial, small step in fighting loneliness and isolation, but it’s powered by a determination to continue growing the campaign “and making a difference to as many people’s lives as possible along the way.”

For us at Traverse, this campaign is a great example of how a research project can produce more than findings to inform future policy. Through the workshops we convened to share and reflect on the learning from our Community Contributions fieldwork, we were keen that local stakeholders had an opportunity to explore real, practical actions they could take here and now in response to the research. Created by people who know their communities and see the implications of loneliness every day in their work, Say Hello Coast is precisely that.

Follow the links to find out more about the campaign or research into community contributions, or contact us to find out how we can help you to use research and engagement to drive positive action in your community.

How can we create better places for people? And how can we create a vision for a place that inspires real work and real impact, rather than generating just another wish list? Through our consultation, engagement and systems change work, we are...

Neighbourhoods – learning from the past

In the late 1970s I began my working life as a community worker in Deptford Housing Aid Centre. I found myself part of a little network of community organisations: the Albany Empire, the Law Centre, Voluntary Action Lewisham, the Telegraph Hill...

Ahead of Responsible Business Week, we at Traverse have been busy re-thinking our responsible business priorities, strategy, and policy. We’ve also been identifying local community needs as potential opportunities to contribute our time and skills...

Research published in May 2018 by Lloyds Bank Foundation for England and Wales and the Big Lottery Fund, revealed how intergenerational homesharing can help reduce loneliness and isolation, improve wellbeing and address the lack of affordable housing...