Traverse: the divide between Outcomes Based Commissioning and Social Impact Bonds 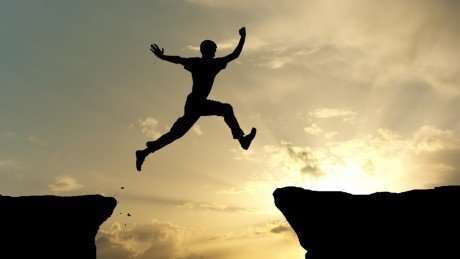 In two previous blogs in this series, we presented key findings from our survey of English Local Authorities relating to outcomes based commissioning (OBC) in general, and Social Impact Bonds (SIBs) specifically[1]. 32 out of 153 local authorities responded, representing a 21% response rate.

While SIBs are a specific form of OBC, it is telling that our survey identified not only similarities in experiences and perceptions, but also notable differences, between the two.

The National Audit Office’s review in 2015 made it clear that OBC is challenging and may not be appropriate in all instances. Our survey demonstrates that OBC is still rather niche (especially for SIBs) and account for a tiny proportion of overall commissioning. At the same time, OBC and SIBs are both perceived to be complex, and disproportionately time- and resource-consuming in relation to their role in wider commissioning practice. Hence the ‘case for change’ may be difficult to make even when commissioners may be dissatisfied with conventional fee-for-service commissioning, or may aspire to be more outcome-focused.

There is an urgent need for those in the arena of commissioning support to offer technical and relational support that account for how local authorities (and other public bodies) access trusted information and advice.

At the same time, while not disputing that OBC and SIBs are complex, it is important to point out that public bodies have proven that they are able to engage with complexity. For example, integrated commissioning in health and social care is arguably more complex and operates at a much larger scale in comparison to the majority of OBC and SIBs. Yet most, if not all, local authorities and their health partners are engaged in the former. Therefore, the ‘complexity’ narrative should not necessarily be taken at face value, particularly as there is evidence indicating that resistance towards OBC and/or SIB can arise from other factors (e.g. ideological opposition, misinformation, etc.).

It is instructive to note that SIBs, much more so than OBC more generally, is widely seen by local authorities (and potentially other public bodies) as a vehicle for helping to achieve financial savings. This has fundamental impact on how and where SIBs are used in the UK, with a real risk that they do not fulfil their early promise of transformation and innovation in public services. For example, it is not surprising that SIBs are overwhelmingly used in children’s social care where local authorities tend to have a much clearer ‘line of sight’ between their investment and resultant budgetary savings that accrue back to them. We are still relying on central government outcome ‘top-up’ payments to help overcome some of the inertia and the challenges around resolving the ‘who pays’ and ‘who saves’ conundrum confronting public service transformations that require genuine collaboration and co-investment across different public bodies.

In a previous blog, we discussed findings from our survey of English Local Authorities relating to outcomes based commissioning (OBC) in general. Here we look in-depth at Social Impact Bonds (SIBs) - a specific form of OBC.

In 2011, the Cabinet Office’s white paper argued that Payment by Results (PbR) is critical to open public services: building more accountability and incentivising to focus on what works since all or part of the payment is dependent on the...