You want to build trust? Then show trust. 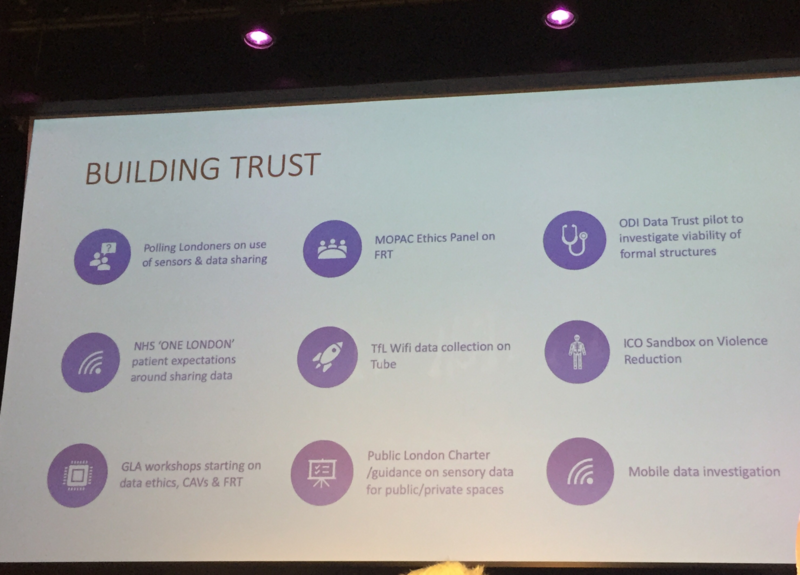 I was at the ODI Summit this week – a positive buffet of inspiration and expertise on all things data. One recurring theme of the day was trust – in particular the lack of trust that the public have in how their data might be held, used, and shared. A regularly cited ODI report gives the stark reality that in the UK, only 31% of people trust local and central government with their data.

Suggestions as to how to build trust tended to focus on greater transparency and accountability. The focus was very much “you must get people to trust you / the thing you do”.

While this is certainly one approach, I’d like to suggest another.

A panel at the summit were discussing the recently published ODI, Luminate, and RSA report on data rights and ownership. In introducing this report – the methodology for which involved two focus groups and a participatory workshop in London – there were a range of exclamations as to how engaged the public were in the subject matter. Those involved in the research had been surprised that the people they spoke to not only quickly grasped the complexity of the subject, but were able to form sophisticated opinions to boot.

I hear this regularly from decision-makers and policy-makers and other research and engagement commissioners. There is a sense that the public won’t get it – that an uninformed group of people won’t be able to navigate the complexities of an issue and offer anything valuable to the debate.

To me, this is actually about a lack of trust. We hear so much about how the public’s trust in experts has decreased – well, what about experts’ trust in the public? Where is the faith that people outside the expert sphere have something valuable to offer and contribute to the process?

As someone who regularly sits with members of the public, talking to them about everything from decarbonising the gas network to mental health services, I know that it is  never the case that people don’t understand, or have nothing to say. We at Traverse can help with translating jargon into human speak, but once that’s done, people do very much get it. They may well have even considered the issue before, and they are motivated and very capable of forming, challenging, and sharing their views.

My suggestion, then, to build trust, is to show trust. Trust that by opening up your decision-making processes to be inclusive, you will benefit from the experience. There is so much evidence to show that diverse groups make more robust decisions – and if your group is made up sole of experts then it’s not particularly diverse…

Trust that you can involve different types of people really early in your process, and it won’t get derailed, but it will actually be improved. Trust that you can share your concerns as well as your aspirations. Trust that your customers, your service users, your public will engage with a sense of responsibility and thoughtfulness.

If organisations and institutions bestow trust on the public, involve them and include them more explicitly and more regularly in some of these complex and controversial issues that are defining our time, that will surely help build the trust that we want to see restored.

What is a regulatory sandbox? And why is it crucial to the digital transformation of the health sector?

So, what is a sandbox? Why would we need one? Does it work? What’s happening next?

Sampling for the 21st century: culture and going beyond ‘socio-economic grade’

Like other organisations in our line of work, we regularly respond to opportunities that ask us for a representative sample but, how do we do this?